It is very real. I was glad to hear from the speech of the noble Viscount, Lord Samuel, that in this matter we have the support of the Liberal Party. But though I agreed with almost everything else that he said, I could not agree with him on one point. If I remember rightly, the noble Viscount said that there was unanimous agreement on the composition of a reformed House of Lords in the conversations which took place in and It is set out in the Agreed Statement that: "If it had been possible to achieve general agreement over the whole field of Powers and Composition, the Party representatives would have been prepared to give the following proposals further consideration, so as to see whether the necessary details could be worked out, and, if so, to submit them, as part of such an agreement, to their respective Parties.

It refers to necessary details being left to be worked out.

That assumes, does it not, that the main principle had been agreed? I could not possibly accept that. The noble Viscount and I both took part in the conversations. They were of a confidential character, which makes it very difficult to discuss this subject now. My recollection is that it is true that immense progress was made, but no definite agreement was reached before we passed from the question of composition to the question of powers.

Perhaps my recollection is faulty, but I do not think it is. Was not that because we all agreed that we could not come to any definite agreement on composition—any final, definite agreement—until we had come to an agreement on powers? The noble Viscount may be quite right, but my recollection is that though, as I say, immense progress had been made, we could not say now that supposing agreement had been reached over powers agreement over composition was, so to speak, "in the bag.

But that is a matter of detail. My Lords, I wonder whether the noble Marquess will allow me to make this amendment. On all the other points I agree with him, but on that occasion it was not the Government majority in another place which introduced that proposal; it was a non-Party vote on a proposal put by Back-Benchers on both sides of the House.

I hope the noble Marquess will allow me to say that, because I happened to be on the other side myself and in favour of the action which your Lordships' House took. My Lords, I am grateful to the noble Viscount. I do not wish to misinterpret the position, although the point he has made does not alter the balance of my argument. Of course, by far the best way of dealing with any reform of the Second Chamber is that which was rightly stressed by the noble Earl, Lord St.

Aldwyn, the day before yesterday. Much the best plan would be if noble Lords opposite, the official Opposition, would reconsider the refusal of their Party to renew the inter-Party talks. Their decision was received, I believe, with the deepest disappointment throughout the country, and that disappointment will be continued and increased by the unequivocal declaration which was made by the noble and learned Earl, Lord Jowitt. It is hoped to have a debate in the House of Commons on Monday. I am afraid that on this particular question the Minister must speak first.

Cookies: We use cookies to give you the best possible experience on our site. By continuing to use the site you agree to our use of cookies.

Find out more. House of Lords Hansard. Contents Lords Chamber Prayers Text only. Back to Contents. The text on this page has been created from Hansard archive content, it may contain typographical errors. The edit just sent has not been saved. The following error was returned:. This content has already been edited and is awaiting review. We on these Benches welcome the statement of Her Majesty's Government that they are resolved "to work constantly in harmony with the Government of the United States.

There are, of course—and it is just as well that we should frankly recognise the fact—differences of emphasis, of timing and of attitude, and sometimes they seem serious differences. They are there, but we should not seek to exaggerate or exacerbate them, because basically the two Governments and the two peoples are broadly in harmony and are seeking the same objectives.

I recently had the privilege of making a short visit to the United States to attend the Inter-Parliamentary Union Conference at Washington. I do not intend to embark upon reminiscences, but I mention this because I have brought back with me an impression which I believe has a bearing on the differences of attitude of the British and American public towards some of our present world problems.

What impressed me strongly during my limited visit, in contrast to the atmosphere in Britain, was a sense of fear, despite complete confidence and pride in the enormous strength and power of the United States. I do not wish to suggest that I found any Americans panicky or defeatist; that would be the reverse of the truth. The sense of fear had arisen out of an appreciation of a great danger to the nerve centres of the United States, and a belief that, so long as present international tensions remained unrelaxed and the cold war persisted, the danger might not be so remote or academic as people would wish it.

The impending danger from which this fear sprang was a sudden and unannounced atom bombing attack. We in this country are more vulnerable to such an attack, yet the possibility disturbs us less—at least, that is firmly my impression. Perhaps we are more phlegmatic than the Americans—though I agree that that is not a very plausible suggestion; perhaps we are inured to possible danger because of our geographical relationship to the Continent and our historical experiences.

On the other hand, perhaps it is because our memories revert almost automatically to the outbreak of the Second World War and the expectation of immediate air raids which were somewhat deferred; whereas American memories tend to revert to the sudden and secret air attack on Pearl Harbour before a declaration of war and at a time when negotiations were still proceeding. I think the experience of Pearl Harbour has left a sear on American consciousness which has not been healed. Americans are resolved that there shall not be another and more terrible Pearl Harbour.

Then, too, it may be because of the great space which American newspapers have been able to devote to pictures, reports and discussions of atom bomb tests and developments, the American public are more atom bomb conscious than we are. Whatever the reason, there is this difference of attitudes on the two sides of the Atlantic.

We regard the danger as less imminent or less probable, or we are more fatalistic or less imaginative. It is not my purpose to argue which attitude is right. I wish simply to present it as a fact, and an important fact, appreciation of which may help towards a better understanding between our two countries. In my opinion, it is this same sense of fear in its most extreme and unreasoning form which has produced in America the deplorable political witch-hunting associated with Senator McCarthy.

It springs from a deep and at times hysterical longing for security against the real or imaginary machinations of the agents of the Kremlin, and it is one reason why the American society which has produced some of the finest examples of enlightened liberalism has also produced McCarthyism. I have stressed this sense of fear without trying to evaluate it, because, in my view, it is a fact which exists and must be taken account of. If in this country the fear is less, yet it hovers in the back of our minds and at times pushes its way to the fore. In varying measure and degree this fear is prevalent throughout the world to-day.

I believe that the Prime Minister, in a memorable passage in his speech on the Address, in which he dealt with the hazards of the atomic age and posed the choice for the nations of the world as between mass annihilation and expansive abundance, was the spokesmen of a humanity which is at once fearful and hopeful.

It is the supreme task of statesmanship to find ways of banishing, or at least alleviating, that fear, so that to recall the words of the Atlantic Charter "all the men in all the lands may live out their lives in freedom from fear and want.


Most of them have been brought into operation during the past few years with, unhappily, little concrete result. But, if I may use diplomatic, or perhaps it is political, language, there is one avenue which has not been adequately explored. The Foreign Secretary in another place reverted to a medical metaphor. Referring to Trieste, he argued that it was necessary "to lance the abscess.

That is why the Prime Minister on May 11 prescribed radical treatment. We on these Benches, the House will recall, in a debate which we had immediately prior to the Summer Recess, welcomed the Prime Minister's proposals. There was a vast public opinion in many countries which believed that the Prime Minister was right in his sense of timing and in his desire to seize the opportunity for a conference at the highest level, which might establish—and I use his own words: "that personal acquaintance and relationship which had often proved a help rather than a hindrance.

Charles Feilding: On His Majesty's Service

What is the common ground? I suggest three points. First of all, the universal need for peace; second, the possibility of, to use the current jargon, peaceful co-existence; and, third, the recognition that there is no international problem which cannot be solved by peaceful means. That may not seem much, but it is a beginning, and if there could be added to it a system of security that would provide effective two-way guarantees, a top-level conference might be able to create an atmosphere of greater confidence, or less mistrust, as well as a measure of agreement on desirable objectives which would enable the Foreign Ministers to make headway on particular problems.

It has been argued against the Prime Minister's proposal that, should a top-level conference fail, the position would be worse than before. There is, of course, substance in that argument—but it applies to a conference at any level and not only to one at the top level. For supposing a Foreign Ministers' Conference, if it had taken place, had turned out to be a total failure, is it not a virtual certainty that the prospect for a top-level conference would have vanished? I am confident that it was a possibility he took account of when he formulated his proposal of May 11; and, having taken it into account, he decided, on balance, that it was a risk worth taking in a new initiative to break the deadlock. 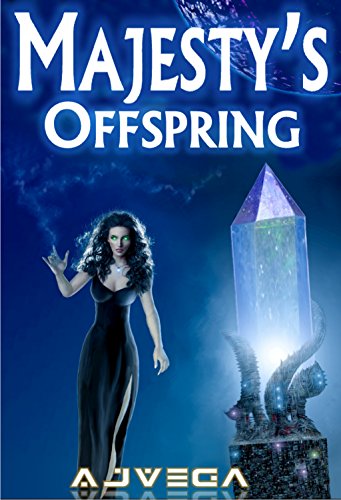 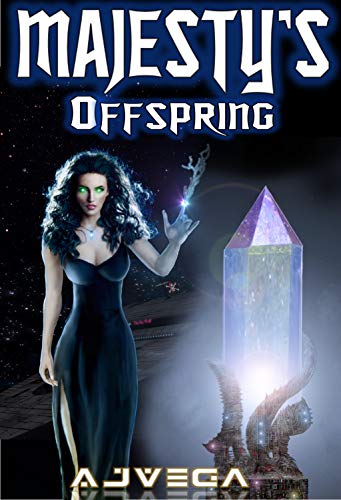